On Display till October 8th 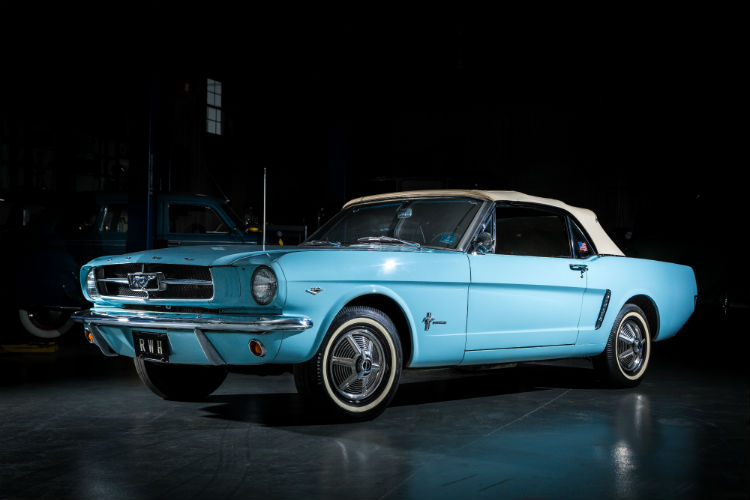 In celebration of its Ninth Anniversary, America On Wheels (AOW) will feature two unrestored early Mustangs as the centerpiece to the museum’s new exhibition “Pony Cars: Then and Now” running April 8th through October 2017.

On April 17, 1964 the Ford Motor Company launched Mustang to the world. Seventeen year-old Ron Hermann was there to see a brand new light blue convertible V8 Mustang rotating on a platform at Barr Ford in Philadelphia. That day he put down $100 and it has been his car ever since. The Mustang was an immediate public sensation, a new class of car (later to be dubbed a Pony Car) that was “fast, fun and affordable.” Unfortunately, Ron would have to wait almost a month until May 14, 1964 to take delivery of his new Mustang. During that time the dealer had it, Ron’s car was a regional show car displayed at several Philadelphia dealerships. American’s came out in droves to see the new Mustang. Ron showed up at the dealerships where his car was on display and politely asked would-be customers to please keep their hands of his car. One gentleman offered young Ron a quick profit but Ron resisted.

Ron Hermann has been a faithful steward of his 1964½ Mustang for the past fifty-three years. Driven for a few years it was then carefully garaged for five decades. Linda Merkel, Executive Director of the America On Wheels Museum commented “This is the first time Mr. Hermann’s unrestored “launch-day” 1964½ Mustang convertible will be seen by the public in decades.”

According to Mark Gessler, President of the Historic Vehicle Association (HVA), “Ron Hermann’s 1964½ Mustang is an exceptionally well-preserved example of a launch-day Mustang. With only 17,084 miles it still retains its original paint, interior, convertible top and original Firestone tires. Unrestored vehicles like this Mustang are exceedingly rare and are an important part of American’s automotive heritage.” The Historic Vehicle Association and NB Center for American Automotive Heritage in Allentown helped add Mr. Hermann’s Mustang to the exhibition. 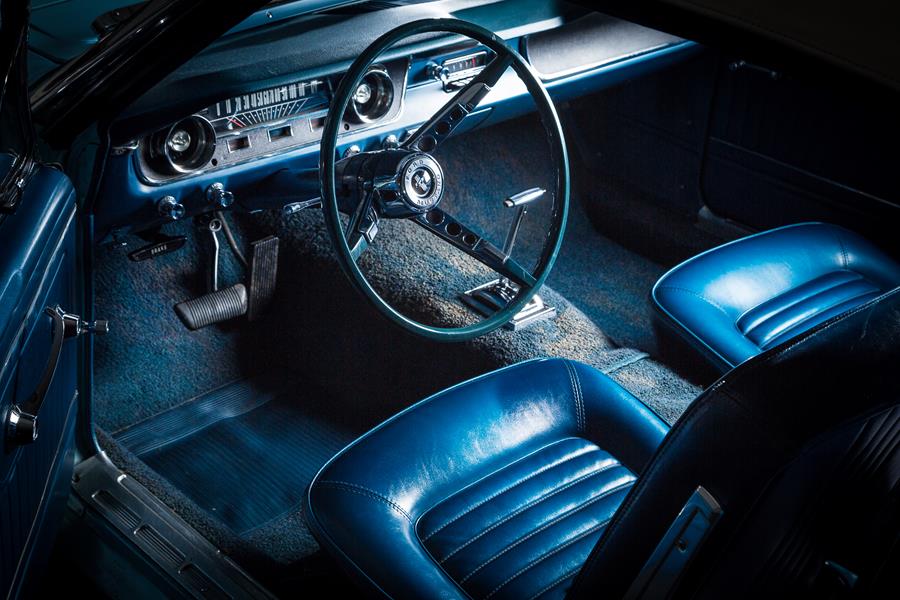 Mr. Hermann’s Mustang will be flanked by another unrestored touchstone in Mustang history – the 1963 Mustang II concept car on loan from the Detroit Historical Museum. This car was presented by Ford at the 1963 United States Grand Prix at Watkins Glen. The Mustang II concept car was the first representation of an affordable 4 seat sports car that targeted young buyers. It bridged the gap between the 2-seat Mustang I concept that was a pure sports car and the soon to be launched 4-seat Mustang production car. This car was the dawn of a new beginning in the American automobile business. The 4-seat sports car concept created a new market and mind-set that went on to become an indelible part of American life. As other manufactures followed with Camaros, Chargers and Cudas the marketing war for the “Pony Car” buyer began and continues to this day.
The start of Mustang history has a special link to Allentown. The man behind the Mustang was the young and brash Allentown-native Lee Iaccoca. He led the risky and ambitious charge at Ford to build the Mustang that proved to be more profitable and popular than anyone had imagined. It was an instant hit and far exceeded the most ambitious first year sales estimates. Mr. Iaccoca was eventually forced out of Ford and moved on to Chrysler where saved the company and launched another entirely new automotive segment with the Chrysler minivan.

Linda Merkel commented that “Mr. Iaccoca was born and raised here in Allentown and graduated from Lehigh University before going on to become one of most influential executives in automotive history. It is particularly poignant and special honor for the America On Wheels Museum in Allentown to exhibit these two early and exceptionally original Mustangs. 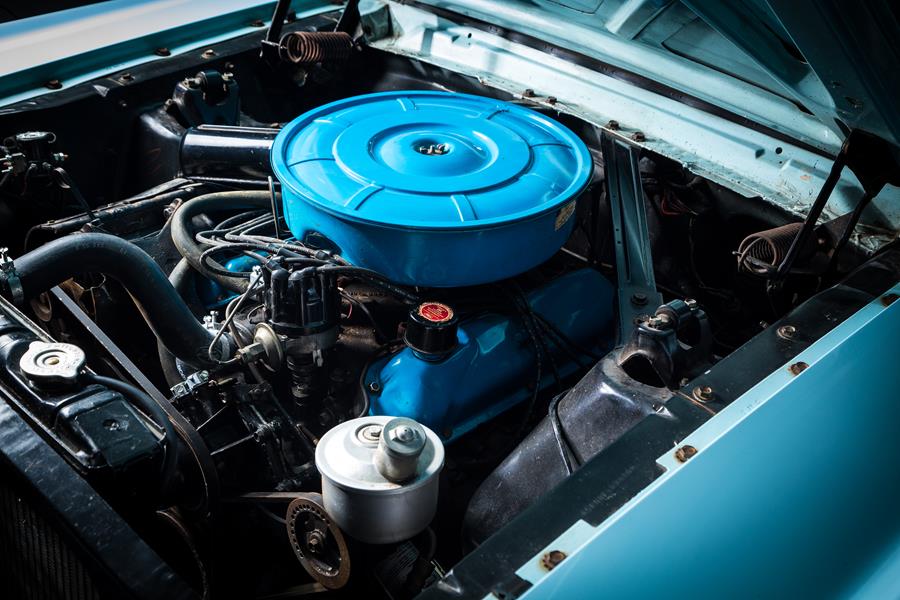 Besides the two early Mustangs, 12 other outstanding cars will be on display. Included in this dazzling exhibit are a 1967 Camaro Pace Car; 1970 Dodge Charger; 1971 Plymouth Cuda; and a 2008 Shelby Mustang GT500 “King of the Road” 40th Anniversary Special-Edition.

The exhibition has been developed to showcase Pony Cars throughout the years – a class of automobiles inspired by the Ford Mustang in 1964. The term Pony Car evolved to generally describe an affordable, compact, highly stylized car with a sporty or performance-oriented image. To compete in the market, other manufacturers introduced such cars as the Plymouth Barracuda, Chevrolet Camaro, Mercury Cougar, and Dodge Challenger. However, following the oil crisis of 1973, many Pony car models were cancelled after the 1974 model year.

Thanks to advancements in the automotive industry, Pony Cars experienced a 21st-century revival. In 2005, Ford introduced a new Mustang based on full-size car architecture with a dedicated platform. This inspired Dodge to reintroduce the Challenger in 2008 and Chevrolet to reintroduce the Camaro in 2010. America On Wheels is proud to present this comprehensive look at the evolution of Pony Cars throughout history. “We’re certain our visitors will be enthralled by this exhibit,” says Linda Merkel, Executive Director of the Museum. She further stated, “People will get to see outstanding examples of the vehicles that inspired the multitude of sports and performance cars that followed over the next decade. These are the cars that we all wanted when we were cruising Main Street and still desire today.” “The exhibit will showcase original Pony Cars as well as Modern Retro Pony Cars. Our visitors will have an opportunity to compare vintage and modern technology and design side by side” says Alan Gross, Exhibit Committee Chair.